Even 10 Minute Test Suites Are Too Slow

YourBase is focused on a simple problem: When developers are waiting for testing feedback, they’re not getting work done. Sure, they could switch tasks–but in our experience, developers (including ourselves) are far less productive when solving the “idle hands” problem. It’s much better to focus on solving one problem at a time. No context switching and minimal friction.

Worse, teams around the world are wasting countless hours waiting on results from unnecessary manual and automated testing. We’re not saying that testing is unnecessary, but we see a lot of companies running multi-hour test suites on small commits. Do we really need to retest all 40,000 tests when we’re only changing 10 lines of code in one file? 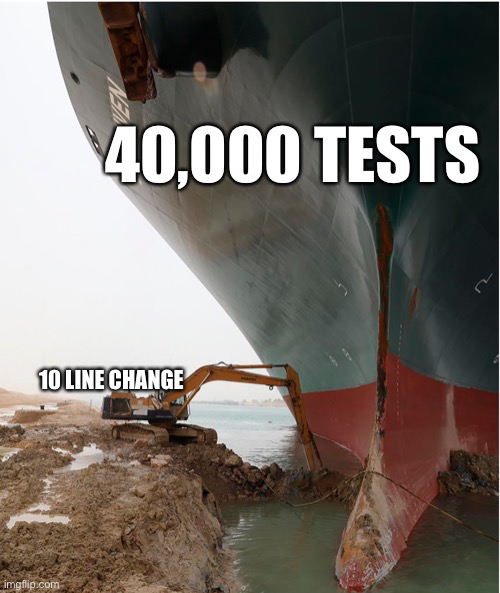 For most source changes, we think 10 minutes is too much time for devs to wait for feedback on their commits. Developers should be productive and deliver quality code. Writing code is a creative process, which requires concentration, problem-solving, and experimentation. Creativity requires immediate feedback, yet developers don’t actually know that their code works until they’ve made sure their changes are bug-free.

The math is clear, too. Take the average developer’s hourly rate, multiply it by the amount of time they’re waiting for test results, and you have a baseline estimate for potential cost savings. If you’re not a dollars and cents person, consider a dev team’s velocity. High velocity requires a well-paved, low-friction path to production. Anything that’s slowing the team will lead to either less software or lower quality software.

Dev teams need a meaningful baseline for test execution times. Our line in the sand is 10 minutes. If you’re on the other side of that line, even by a few minutes, you need to be thinking about how to reduce that with appropriate test selection and test acceleration methods.

Imagine taking your car in for an oil change and the mechanic says, “We can get the car back to you in a week and we’re going to run a 500-point inspection. Should only cost about $350.” I don’t know about you, but my eyes would bulge out of my head and I’d be taking my car elsewhere. All you needed was an oil change! And you even remembered to bring that $49 coupon!

It might sound crazy, but this is how most companies test their software. The product manager tells the team, “We need to update the logo and colors on the login screen.” The devs say, “That’ll be about three days’ work.” The PM tilts their head and says, “Isn’t this, like, a five-minute change? Why do you need three days?” The devs respond, “Well, the code change will only take five minutes, but the test suite executes once every day and takes about 12 hours to test every component. So, we won’t know if our code change is right until tomorrow.”

The PM tries not to scream, “But this isn’t even a functional change!” 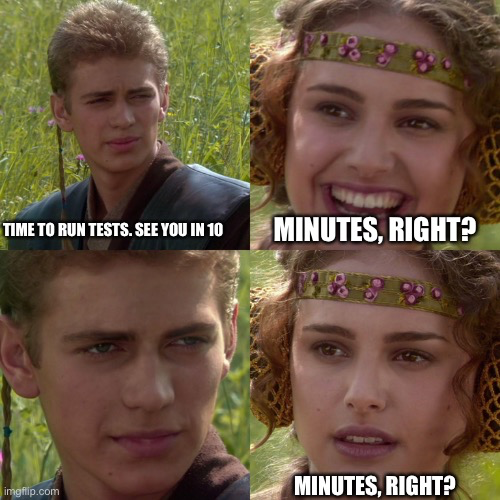 Most companies with multi-hour test suites have just accepted these numbers. It is what it is, right?

It doesn’t need to be this way!

When developers are writing code, they need fast feedback to validate their confidence in a change. F-1 racers measure lap times, marathon runners monitor heart rates, and painters have visual confirmation of changes on their canvas. Developers have to wait to know if their code did what was expected–build, test, deploy, test again. Slow tests hurt a developer’s ability to deliver quickly, which hurts the performance of the entire team. This effect cascades.

And sometimes we hear, “We don’t need faster tests.”

YourBase is accelerating development and test lifecycles for real companies right now. If your test suites are taking an hour or longer, we want to cut your test durations in half. It’s good for your company and your dev teams.

The science is clear. There are high costs to context switching. Entering a flow state at work gives employees higher personal and professional satisfaction. Happier employees stick around longer, too.

Developers want to solve hard problems. Removing obstacles and reducing friction are the low-hanging fruit for leaders and automation tooling. YourBase is ready and able to get your team up and running, increasing velocity, and providing fast feedback to the people who need it most.

Get started now at yourbase.io!