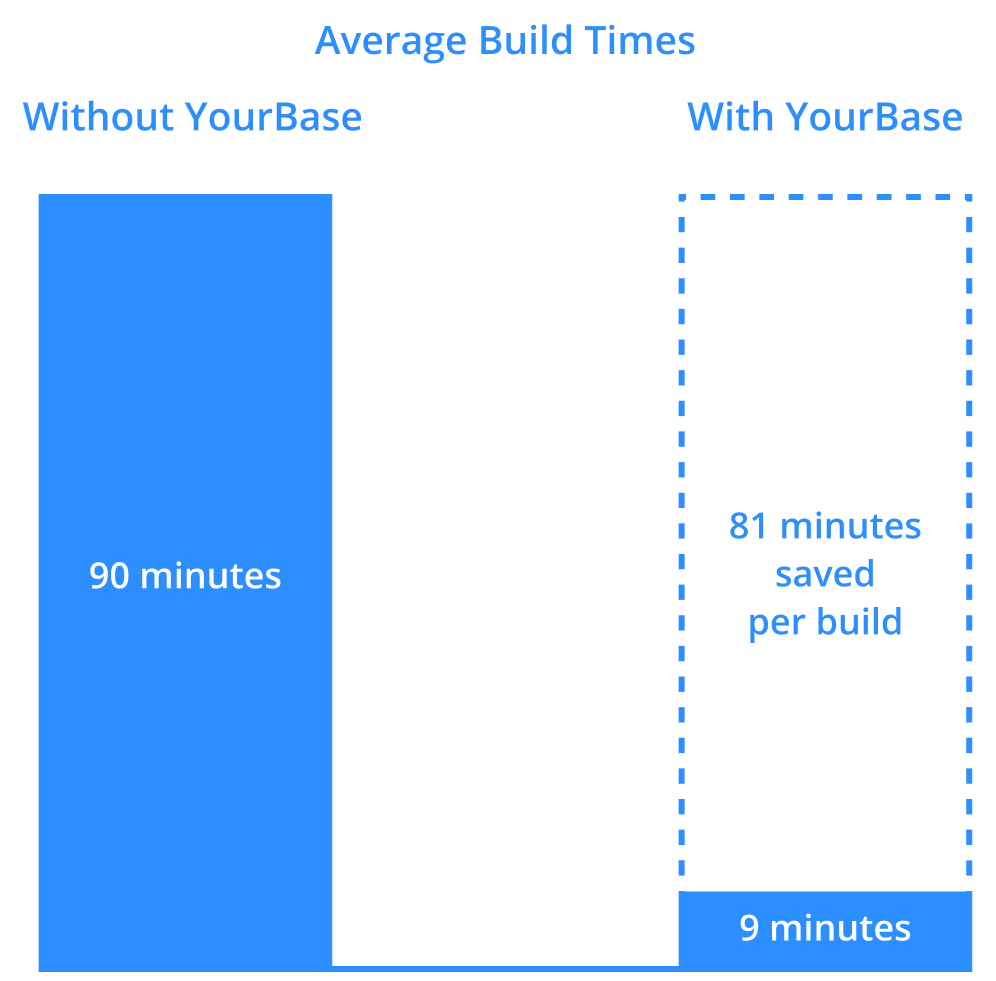 In 2020, a major logistics and routing company came to YourBase with some serious continuous integration pains. Their product, built on a Python codebase, packed more than 10,000 tests and took 1-2 hours to build, even for small code changes. Their business requirements were highly sophisticated, including geospatial database interactions that are very expensive and complicated to test.

Product teams and developers were frustrated: They were forced to wait 70-90 minutes on average, due to the nature of their business, they couldn’t afford downtime or major app-breaking bugs.

Over time, the codebase grew along with the costs. More code led to more tests and an increase in compute needs. The team experimented with cost and process improvements, which led to some builds taking up to four hours to complete. They were really in a bind.

When they heard about YourBase’s promise of build time and compute cost reductions, one developer said, “If this works, I will cry.”

If the existing CI pipeline detected a bug, Ewart made certain YourBase detected it as well. If a test failed in the existing system, Ewart ensured YourBase saw the same failure. Since this implementation focused on intelligent test selection, he made sure failing tests were never skipped.

To prove YourBase’s value, the parallel CI infrastructure ran through the following sequence:

You might be wondering whether anyone cried. Tears were indeed shed, but it wasn’t who you’d expect: it was the cloud provider. The cloud provider’s monthly revenue shrank substantially thanks to YourBase.

Would you also like to reduce your cloud provider bills? Reach out to us at hi@yourbase.io!